As a reminder, the Festival is happening this Saturday and Sunday! It is an all-day affair: 12-6pm both days, free and open to the public, with a reception from 6 to 8pm on Saturday.

The festival is chock full of discussions, events, off-site projects, video presentations and even more surprises. Check out the schedule page here  to make sure you don’t miss your favorite talks or events — even though we encourage you to attend all of them (we will)!

Definitely check our Twitter feed as Conflux Festival Co-Founder David Mandl will be live-tweeting from the center of it all. We’d love for you to tweet your experiences at the Festival as well — please use the hashtag #confluxfestival.

See you tomorrow at the NYU Barney Building (34 Stuyvesant Street, New York, NY) where all the magic starts at 12:45pm.

Only two days until Conflux 2012! Along with our jam-packed schedule of talks, workshops, and screenings – we are excited that a few artists have also decided to do projects in public space that coincide with Conflux.  Alex Young has decided to launch the Center for Utopian Socialist Studies Taxi Service and Academy during the Conflux Festival on Sunday, October 21st.  Read Young’s text below to find out how to reserve your seat!

Join the Welfare Island Speculation Platform (W.I.S.P) on Sunday, October 21st coinciding with the Conflux Festival 2012. The Welfare Island Speculation Platform is a mobile research facility in the form of a taxi circling Roosevelt Island (formerly known as Welfare Island) in the vicinity of the Coler-Goldwater medical center. The center is slated to be demolished to make way for the new Cornell NYC Tech campus; a flagship institution in the resurgent attempt to establish a viable technological sector in New York City.  Before the first girder is laid and before the first wrecking-ball is swung, the Center for Utopian Socialist Studies (C.U.S.S.) will pre-inaugurate the future site of this campus in the commons with the launch of the C.U.S.S. taxi service/academy.  Passengers will consider the state of the city from within- exploring inevitable change, both technical and social and addressing not what now is, but what will soon be.

Time: Sunday, October 21.  RSVP to reserve your spot in the taxi. To reserve your seat and receive the pickup location, email  info@worldshaving.info.  Select pickups will occur on Sunday at 9AM, NOON, 3PM, and 6PM near Queens Plaza in Long Island City. You can also seek out the C.U.S.S. taxi on Roosevelt Island throughout the day.  As seating is limited, locations for  pickups will be provided in a confirmation email. For project background information and texts, check out the project’s website here: http://www.worldshaving.info/welfare-island-speculation-platform/

Yoni Brook is conducting an off-site project at the same time as Conflux this year! We are pleased to announce that 13 individuals will have the opportunity to join the artist on an intimate walk at a currently undisclosed location. How do you participate? Here are the details from Yoni Brook:

Mailman Walks is a live documentary workshop. The audience will walk with a mailman delivering mail and explore his route through personal stories. Therefore RSVPs for the 13 audience slots are required.

We are rushing around excitedly preparing for the Conflux Festival 2012 in just two weeks! Leading up until the Festival itself we’ll be posting sneak peeks into the projects, participants, and behind-the-scene views of the Festival preparations! So keep checking in as we ramp up to bring you an amazing presentation of artists, activists, interaction designers, and pranksters. Looking forward to seeing you at NYU’s Barney Building Gallery (34 Stuyvesant Street, NYC) on October 20th and 21st!

The annual NYC festival for the investigation of urban life through emerging artistic, technological and social practices is back! During the Conflux Festival 2012,  over 30 artists, activists, interaction designers, and pranksters will present documentation, give talks, and provide workshops for festival goers on October 20-21, 2012 in the East Village. This year, participating cultural producers are exploring the ways we experience transportation and creating interventions to improve, shake up, or evaluate the things that we have implicitly accepted into our daily commutes.

Curated this year by Angela Washko, the festival will take the form of an exhibition with artist talks and workshops at NYU along with concurrent phenomena elsewhere. Work in the exhibition will range in temperament and intention – from practical and functional to poetic and absurd. Think: documentation of handmade boats navigating the waters surrounding New York City, interactive mythological topographies, ephemera from a “magical” bus tour of suburban New Jersey (which included a visit to the basement couch where the facilitator lost his virginity), subway improvement gestures, and much more. 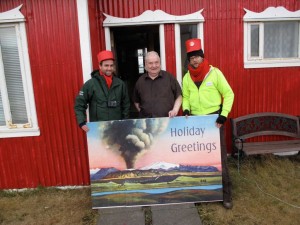 We are also excited to announce that the following artists will be working on projects in public space presented concurrently with Conflux! Yoni Brook, Mare Liberum, Matt Green, LD Lawrence and Ro Lawrence, Mark Shepard, Nathaniel Sullivan, and Alex Young.

All events included in the Conflux Festival 2012 are free and open to the public!
RSVP to Conflux via Facebook!

Conflux is brought to you by:
Directors
Christina Ray and David Mandl

Conflux is produced by Glowlab Productions LLC and is hosted in 2012 with the generous support of New York University, Art Connects New York and Gowanus Studio Space.